A downloadable software for Windows

[Important] We are no longer given support for Vizzcode but we believe that it may be useful for some people even in this current state, so we are leaving it for free here on Itch.

Vizzcode is a development environment designed to help you learn and improve your programming skills.
You will use the first programming language that allows you to program interchangeably with Visual and Text-based coding in real time!

Easy to get started

Vizzcode was designed to accompany you in your entire programming journey: from the very beginnings of learning of what programming is and coding your first program - all the way to aid you develop your own advanced programs - with Visual Nodes and Text Code all at once. You will learn beginner-friendly tools as well as professional-quality ones. The unique way you program in Vizzcode will make your transition from one to the other seamlessly!

Vizzcode was created for absolute beginners as well as programmers that want to get to the next level. You will program in a unique way: with both Visual Nodes and Text code. This way it will be easy to get started and yet you will still have the power to create complex software by learning the way professional software developers program!

LICENSE: The purchase of a license gives a perpetual commercial license for a single user to use Vizzcode.

I think it's a shame that support is over. Is there somewhere the possibility to look at the source code and maybe edit it?

i know that you don´t give support anymore but could you please upload the assets somewhere like GitHub.

Any plans to release it for linux too?

> [Important] We are no longer given support for Vizzcode but we believe that it may be useful for some people even in this current state, so we are leaving it for free here on Itch.

Will there be an update on Vizzocde?

This looks interesting, but the vizzcode website seems to be down?  Is it not being supported anymore?

And btw, how do you delete nodes? I suppose with a del key, but macbooks don't have it, so i can't check. Can you maybe add a backup solution like using backspace or ctrl+backspace? It will simplify the life of all the bootcamp users greatly, and mustn't be too hard to add. :)

Thank you so much for the feeback!

Regarding the Mac problem, unfortunately, we don't have support for mac users. The font resolution problem, might also be because you are using Mac os. We have developed this version of Vizzcode especially for Windows, so we can't guarantee any support for the other operating systems. I hope you understand :)

This is not a mac problem, I use bootcamp, which basically turns your mac into a windows PC. The only difference between a bootcamp mac and any other windows ultrabook is the keyboard.

And either way, I think that adding an extra "accessibility " feature might be a good thing even for non-bootcamp users, for example, someone might have a broken del key. Anyways, not doing this is sad, but I understand you.

However, low-res fonts are clearly visible on your own screenshots. You might be using a 1080p display where they look OK, however, on 2K and 4K display they look quite bad. Also, I've noticed that it looks like it's not a font problem, but it's just that your program is simply rendered at a low resolution. Here is an example of this from your own demo video:

And just want to clarify one thing: I don't want to trash on your software, I just want to help you make it better for everyone.

Thank you for helping us make Vizzcode better!

We'll definitely take a closer look at the things you said and how we can improve Vizzcode :)

I've checked th demo and it's awesome! However, the fonts look really bad, especially on 4k displays. I understend that sometimes fixing stuff like this might be a real pain in the ass, however, it will greatly improve the general look and feel of the tool, and will make it much easier to justify paying 10$ for this.

I can recommend checking out fonts like "Exo 2" (you can find it on fonts.google.com), but there are probably fonts that are better suited for this.

I've noticed that the whole tool runs in really low resolution which is just scaled up. Again, I understand that making this fully scalable might be really difficult and time-consuming, so maybe just make few versions for the most common types of displays (SD, HD, 4K)?

This thing is bloody amazing. The ability to visualize your code is something everyone needs! 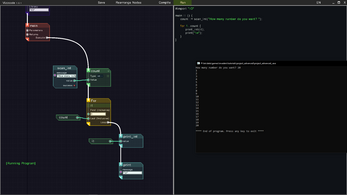 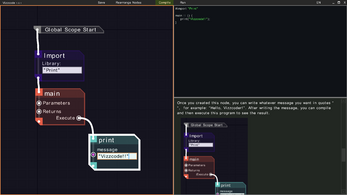 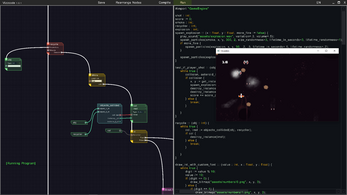 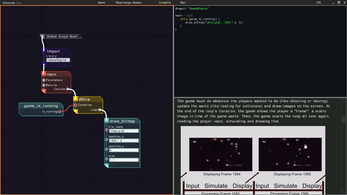 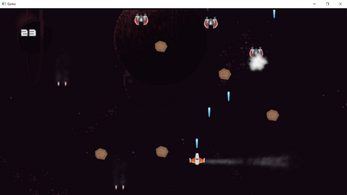